I was still a student when I had my first fixed-term contract at Pathé in 1995! It was love at first sight for the profession. In the cinema, no day is alike and subjects are varied. In addition, human contact is essential in our business, both with teams and with customers. It is also the pleasure of meeting movie personalities, such as the one with Quentin Tarentino, at the Lumière festival in Lyon in 2013. He had come to present a heritage film. He was very happy, he greeted everyone, close to people. It was simple, but it was Tarantino!

I built my experience at Pathé by holding several positions, from host to deputy director, including operations manager in several group cinemas, in the regions and in Paris. A rich professional background in Pathé where internal progression is possible and which has made me grow.

Today, I am the Agglomeration Operations Director of Gaumont Les Fauvettes in Paris, opened in 2015, a little gem designed by the architect Françoise Raynaud. This 5-screen cinema is also a meeting place for our customers, particularly through the activities offered such as the Ciné Brunch or the Ciné Madeleine, an opportunity to share the impressions of the spectators around a film. Cinema is always what makes us dream.

Cinematographic operation is for me perpetual movement, human contact with teams and customers. 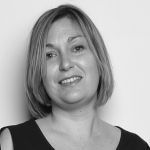 Please return your screen to fully enjoy the experience